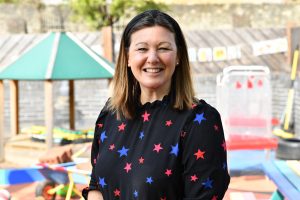 Roosha Sue, or Miss Roosha as many Clapham families know her, is at the heart of Eaton House the Manor nursery.

She has been at Eaton House the Manor since 2001. She started in year one then worked in the KG and was then appointed Head of Nursery in 2003. Although she has been head for a number of years, every single day is different and most of all rewarding. There are also many long-standing staff and together we see whole families come through our doors. To be able to continue to watch them grow throughout the school is a very unique and privileged position to be in. Miss Roosha loves to go and watch the older children in their KG Nativity or listen to the choir sing in the church or judge a house competition.

Miss Roosha’s original training was as a Montessori teacher, but as the early years has developed and the curriculum has become more in depth she has updated her qualifications to move with the times. With an early years degree and qualified teacher status, teaching is purposeful and reflected upon daily. She actively encourages and supports the staff to continue their professional development. We not only hold training on site but make the most of colleges and universities nearby, as well as Wandsworth Early Years training hub.

Eaton House The Manor has always been a wonderful place to be and the nursery is where it all begins. Tours are given to each family and we explain our settling in process which involves an arts and craft session once a week. The new intake meets their teacher and other friends who will be in the same class. The children explore the nursery environment with the comfort of knowing Mum, Dad or carer is close by. The children have a snack and a short mat time of a story and songs. We find this makes transition a lot smoother when the first day of nursery comes around.

Every child in our nursery is treated as unique. We take our time to get to know your child’s likes and dislikes. We ask you to fill in an “all about me” questionnaire and we request a special photograph for the birthday board and the family album. Our open-door policy ensures the smooth handover of each child; this keeps us in the loop with your child’s welfare at all times.

Children all learn through different approaches and at a variety of paces. With our high ratios and fantastic team we work either in small focus groups or with individual children to make sure we teach according to your child’s ability. Our teaching is interactive and hands-on: children learn through doing and being part of the process. Children head-count for the register or take on a job at snack time, they help weigh out cooking ingredients or make labels for our display. We value all children’s contributions and use positive reinforcement. There is always an abundance of stickers, stamps, high fives and sparkly claps!

Miss Roosha would love the opportunity for you to experience the Nursery for yourself and see what a joyful and exciting place it is to be, with children who are truly engaged and curious to learn in an amazingly bright and open purpose-built space. 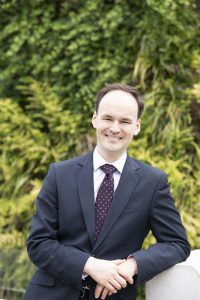 Cambridge-educated Mr David Wingfield is the new Headmaster of Eaton House The Manor Pre-Prep School, which educates boys from 4-8 until they move up to the Prep School under Mrs Sarah Segrave, the Headmistress of the Prep.

David gained a BA (Hons) in Theology and Religious Studies and MA at Cambridge, and a Baccalaureate in Philosophy at the Pontifical Gregorian University in Rome. He gained his PGCE in Secondary Religious Education at UCL Institute of Education, and is a fellow of the Royal Society of Arts (FRSA) and the Chartered College of Teaching (FCCT). He is also a governor at Highfield School, a primary academy in Bromley.

He has interests in Early Years education, inclusive classrooms, the maths mastery approach and in developing leadership for all and he is looking forward to working with Mrs Segrave to create a seamless transition to Eaton House The Manor Prep School. 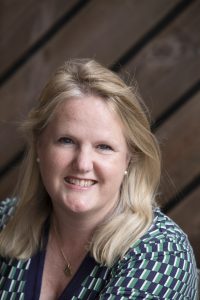 Mrs Sarah Segrave has been Headmistress of Eaton House The Manor Prep School and director of education for the Eaton House Schools Group since 2016. She was educated at Cranbrook School in Kent before moving on to Durham University, where she gained her BA (Ed) in Education. Following that, she attended The Institute of Education in London, where she gained an MA in History.

According to Mrs Segrave, an outstanding education is one where teachers are emotionally connected with their pupils and where the relationships between the staff, pupils and parents are bound in a common sense of purpose. She wants Eaton House The Manor to combine rigorous academics with a warm and happy atmosphere.

It is of vital importance to her that every boy is known and noticed and for all the boys to ‘look up and out’ and play an active role in the school and wider community. 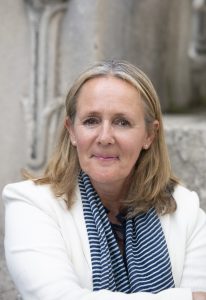 Mrs Fildes will take up her post from September 2022, at which time the current Headmaster, Mr Oliver Snowball, will join St Paul’s Juniors as Headmaster, after 6 successful years.

Mrs Fildes has been the Deputy Head at Bute House for five years. Bute House educates West London girls aged 4-11 and has an outstanding reputation as the biggest feeder to St Paul’s Girls’ School. Prior to this, Mrs Fildes was at Kings House School in Richmond where she was Director of Teaching and Learning. She was educated at the University of Southampton and holds a Bachelor of Education.

With over 25 years in education, Mrs Fildes brings with her a wealth of experience and skill. Her career encompasses both class teaching and a strong foundation in senior management roles including Director of Studies, Assistant Head Academic, Pastoral Assistant Head, and most recently Deputy Head. She has an extensive knowledge of the 11+ process and is already well established in her connections with the senior schools Eaton House The Manor Girls’ School pupils progress on to.

“I am delighted and honoured to be appointed as the new Headmistress,” says Mrs Fildes. “I knew from my first visit that this was a school with extraordinary charm and an infectious energy which comes from the girls. One of the most important things for me was the strong pastoral care here at Eaton House, as I am passionate about mental health and wellbeing. The warmth, the friendliness, the buzz around school were immediately tangible.”

“We are delighted to welcome Claire to Eaton House The Manor Girls,” says Mrs Luchie Cawood, Principal. “The arrival of a new Head is an exciting opportunity to build on our valued traditions, whilst allowing for new and progressive changes to take place, embracing positive change. I am sure that she is the perfect choice for the role.” 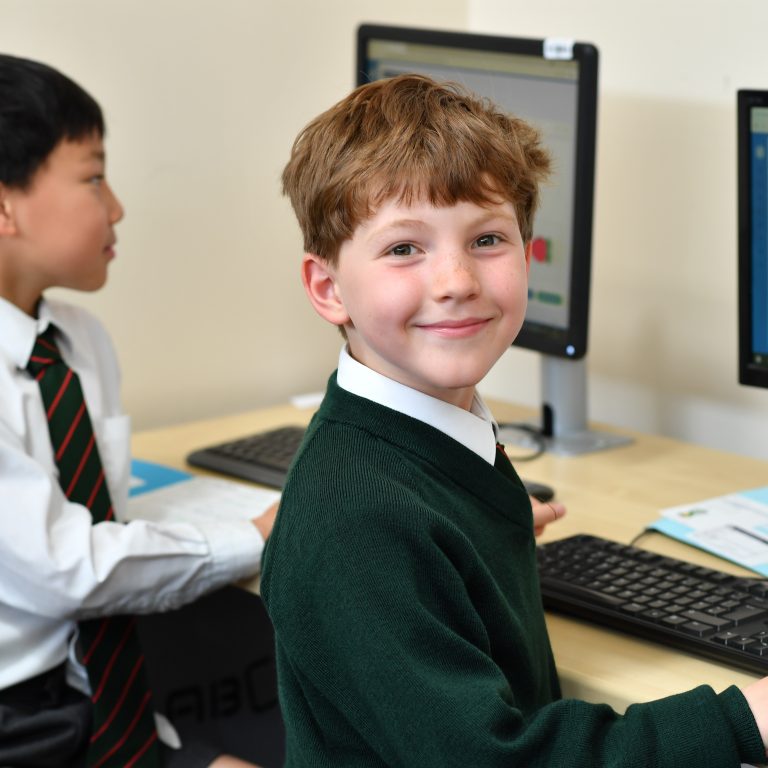 Admissions
We use cookies on our website to give you the most relevant experience by remembering your preferences and repeat visits. By clicking “Accept All”, you consent to the use of ALL the cookies. However, you may visit "Cookie Settings" to provide a controlled consent.
Cookie SettingsAccept All
Manage consent

This website uses cookies to improve your experience while you navigate through the website. Out of these, the cookies that are categorized as necessary are stored on your browser as they are essential for the working of basic functionalities of the website. We also use third-party cookies that help us analyze and understand how you use this website. These cookies will be stored in your browser only with your consent. You also have the option to opt-out of these cookies. But opting out of some of these cookies may affect your browsing experience.
Necessary Always Enabled
Necessary cookies are absolutely essential for the website to function properly. These cookies ensure basic functionalities and security features of the website, anonymously.
Functional
Functional cookies help to perform certain functionalities like sharing the content of the website on social media platforms, collect feedbacks, and other third-party features.
Performance
Performance cookies are used to understand and analyze the key performance indexes of the website which helps in delivering a better user experience for the visitors.
Analytics
Analytical cookies are used to understand how visitors interact with the website. These cookies help provide information on metrics the number of visitors, bounce rate, traffic source, etc.
Advertisement
Advertisement cookies are used to provide visitors with relevant ads and marketing campaigns. These cookies track visitors across websites and collect information to provide customized ads.
Others
Other uncategorized cookies are those that are being analyzed and have not been classified into a category as yet.
SAVE & ACCEPT