At Eaton House The Manor the wide range of performance opportunities enables boys to share their talents with the community. There is a strong emphasis on participation, ensuring that each child has the opportunity to shine and showcase what they have learned in their lessons.

Drama is an essential part of school life, and is integral to developing the boys’ social and speaking skills. Weekly drama lessons are interactive and engaging and allow the boys to build confidence in a safe and fun environment. The boys are given the opportunity to perform in class assemblies, theatre productions, music concerts and the annual poetry recital competition.

Drama lessons at school are complemented by our well-established and popular drama club. There, boys learn vocal and acting techniques, improve their performance on stage and simply have fun.

Music is also a hugely important part of school life. An early love of music is fostered in twice-weekly music lessons taught by the head of music. During lessons the younger boys learn about rhythm, percussion and making sounds and as they progress through the school so does their musical awareness and competence as they learn and practise more sophisticated music playing and music appreciation.

There are many opportunities for boys to sing and play together in various choirs and musical ensembles and it is a great way to extend the breadth and sensitivity of musicianship. Frequent concerts of varying degrees of formality take place each term, to give as many children as possible performance opportunities, whatever their ability.

Singing is a regular feature of daily assemblies and as well as singing lessons there are plenty of opportunities for spontaneous musical expression in class, a highlight being the annual house singing competition. Specialist teachers are available to teach the boys in a range of instruments, from piano, violin and wind instruments to drums, guitar and many more. Many of the boys play instruments and achieve a high standard in their chosen instrument.

Music is essential at Eaton House Pre-Prep. We work to ensure that all the boys experience music to a personal level not forgetting the wonders of making music with others.

Individualism is celebrated when pupils show their own understanding and enjoyment of this wonderful art form.

We follow the music National Curriculum for England and, in a focused and fun way, we make sure the boys’ love for music becomes almost palpable. Every single class in the school receive two half-hour lessons of class music a week, in which we develop understanding of classroom musical instruments, musical elements and music notation. We appraise several pieces of music in different styles and forms from instrumental, classical and opera to rap, hip hop and folk music. Improvising and composing also make a key part of our musical journey.

Singing is another big part of music at our school. We sing at least once every day at school with others (assemblies or during class). We offer extra opportunities to develop our singing skills through choir groups during the school time and a choir club after school. We work on ‘singing with intelligence’, in other words, singing with the understanding of what we are singing about.

We always aim for high standards in music performance and the boys always deliver thanks to their passion for music.

Music tuition follows directly from the teaching of the Pre-Prep department. All music lessons, both class and individual, are taught by music specialists.

The boys are taught a variety of genres and techniques. They frequently play in class ensembles whilst developing skills that they are working on. Within the class lessons the boys learn about the history of music, how to read it, and how to play together. These  elements will all ultimately build towards the GCSE exam.

All the boys learn how to play the recorder, which is a fabulous way to introduce them to ensemble playing whilst learning to read music. They enjoy learning from a very jolly book, Red Hot Recorders, by Sarah Watts, with other pieces put into the mix too.

Boys are encouraged to perform on their individual instruments as frequently as possible. They can perform to their own class in a music lesson or in a whole school music assembly. They can play in their own year group recital or in the whole school concert at the end of the summer term.

Singing is a vital part of Prep music and each boy is encouraged to work on this to the best of his ability. They sing in every assembly and also have a house singing competition each spring term. All the boys take part in this and really enjoy themselves. Drama is a well-loved, essential part of life at Eaton House The Manor. Our aim is to develop the pupils’ creativity, increase their confidence and ignite their imagination through inspiring and enjoyable lessons and workshops.

Drama is a part of the core National Curriculum subject English, falling under ‘speaking and listening’. Studying drama helps pupils to express themselves creatively and imaginatively and to communicate with others effectively – not only in school but also in public life.

We recognise drama not only as an essential standalone subject but also an means of supporting our practical learning style – the pivotal environment in which our boys learn at Eaton House the Manor. From the very start of the boys’ journeys at Eaton House the Manor, they take part in a 30-minute weekly drama lesson which covers three main learning areas over the academic year, progressively developing their speaking and listening skills:

The junior boys tackle improvisation, explore poetry physically and vocally, and moreover spend the majority of the year rehearsing and preparing for their big productions. Last year, the Year 4 boys performed a colourful version of The Jungle Book. This year the Year 5 boys are currently working towards a mature and gritty performance of Oliver! It is sure to be OomPressive!

The senior boys explore a diverse range of theatrical techniques, such as studying and performing Shakespearean plays, devising their own concepts with peers, physical theatre, interview preparation and acting for film.

The Year 6 boys performed an exciting, modernised adaptation of Lord of the Flies, which incorporated naturalistic acting as well as abstract physical theatre moments.

The Year 8 boys created their very own Eaton House the Manor’s Apprentice on film, delving deep into their camera skills and allowing them to explore acting on film as opposed to stage.

The boys have outstanding drama opportunities at school, performing in multiple productions in the impressive theatre. There is a popular Drama Club that runs after school and private speech and drama lessons are offered. In Years 4, 5 and 6 the boys perform in a school play each year, often involving moments of songs and dances. Furthermore, should they wish to continue their drama journey, the senior boys are given the opportunity to perform in The Shakespeare Project – the biggest youth drama festival performed at a professional theatre – where they get the chance to perform their Shakespearean play alongside other schools.

The Drama department supports the boys through their very own personal journey and creates lasting memories for them to keep for many years after The Manor.

What the Boys Say

Here are some of the boys’ thoughts on the Drama department last year:

I love drama because you get to be imaginative. You get to explore and show your ideas. I am really looking forward to the Year 5 play.

I love drama because you can show your feelings, use your imagination and it takes you to a whole new world!

Being involved in Lord of The Flies was one of the greatest experiences I have ever had.

I really enjoyed Lord of the Flies. I think it is a perfect adaptation of the book.

Playing the role of Simon was great, he was a challenging character to play which made it even more enjoyable. All of Year 6 have definitely improved their acting abilities.

The Drama department has been outstanding at organising plays, both being very enjoyable and entertaining to watch, as well as events which included monologue, sketches and plays. Creating work with friends has been great at boosting confidence for people who usually are unsure about performing in front of others.

The Drama department has improved my confidence in public speaking and acting which I wish to use in my senior school. I believe that these skills will help me in later life and I would like to thank Ms Pilkington for helping all the year 8s. Drama lessons are always fun.

Providing the boys with opportunities to develop their confidence in delivering a spoken text to an avid audience, is an important part of their education.

Each term, we give our students the opportunity to compete in reciting a speech or a poem, or even participate in a team debate. There are class heats, which ensure that every boy has the experience of presenting to a small group. The finalists move through to a whole school audience, and the result is that they realise their personal capacity to engage an audience on a larger scale.

Fine-tuning their skills in non-verbal elements such as gestures, stance, eye contact and posture complement their understanding of how tone, pace and emphasis can influence the feelings and reactions of an audience. Underpinning these skills is the knowledge that being able to speak confidently to others is a pathway to feeling empowered and to establishing one’s own ‘voice’.

Over the years, boys have been encouraged to recite speeches from royal figures, political heroes, fictional characters, and stars of the film and stage. Students’ own poetic compositions have been recited with passion, in addition to themes of poems that celebrate love, the joy of song lyrics and odes to the environment. 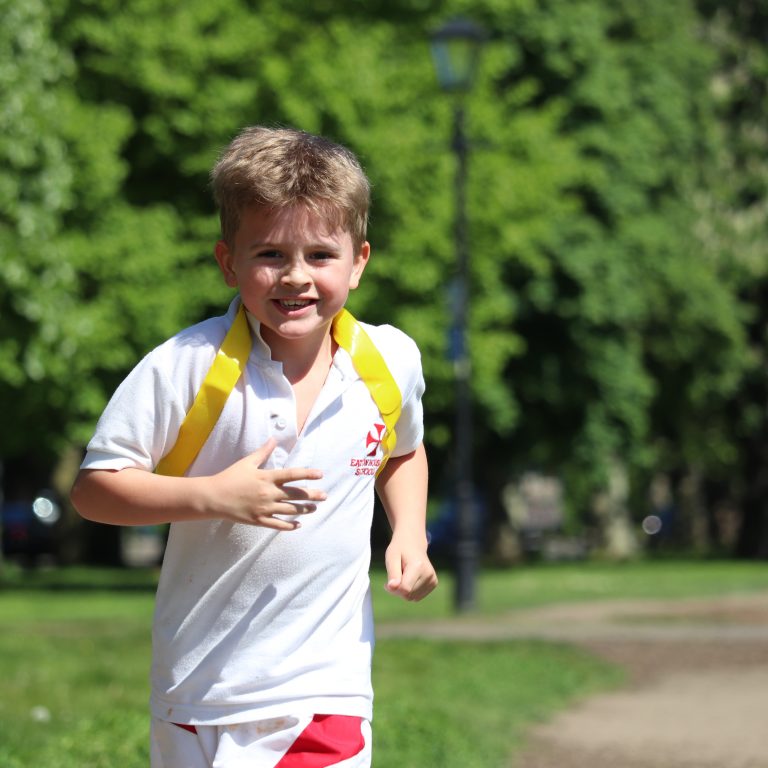